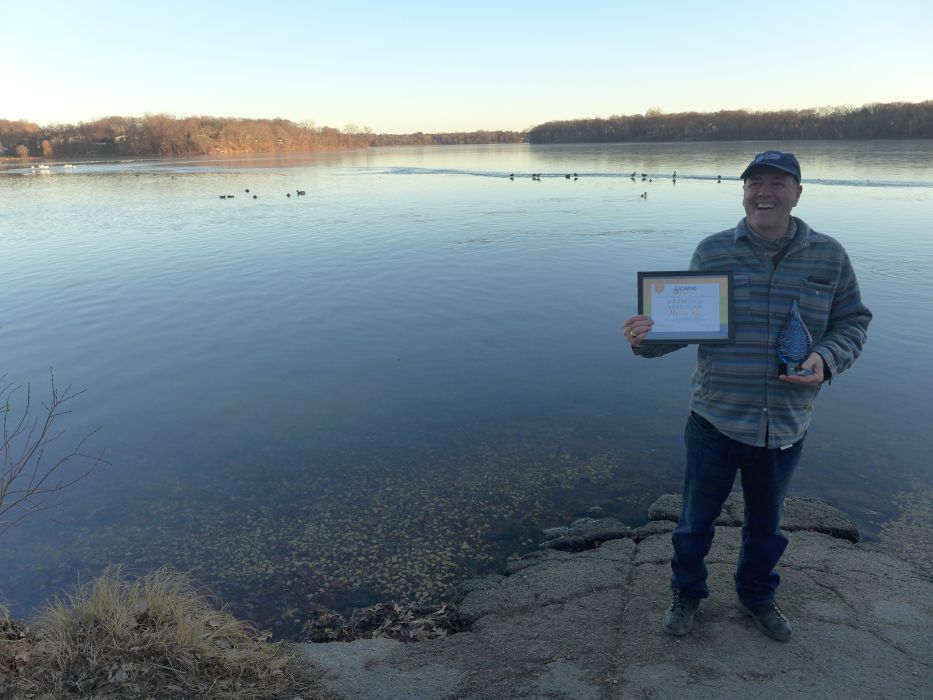 VLAWMO is pleased to recognize Marty Long's 12 years of combined service to the Board of Directors (BOD), Policy and Finance Committee, and Technical Commission (TEC) on behalf of the City of North Oaks.

Whether from his helicopter rides along the Mississippi, or his experience with mulch, soil, and sediment re-use products at his business Minnesota Mulch and Soil, Marty offered many insights to the Board over the years. Working with partners such as the Army Corps of Engineers across State lines throughout the Midwest, Marty's work experience brought valuable connections to VLAWMO for expanded networking and learning opportunities. As a Council Member of the City of North Oaks, Marty worked to promote successful efforts between the City of North Oaks, the Saint Paul Regional Water Services, and the North Oaks Home Owner's Association.

In 2013, Marty provided complimentary mulch and soil for the Chippewa Middle School raingarden, while also serving as part of a planning team that helped students design the raingarden. A student group project was selected from this effort, and remains as the design for the raingarden to this day. Interns at Minnesota Mulch and Soil interacted with VLAWMO staff for experiments in engineered soil. Other notable initiatives include spearheading a mercury sampling effort in fish tissue in Pleasant Lake, coordinating with the Minnesota DNR. Marty was also a big part of the policy and finance committee in his time at VLAWMO, always willing to help out. Serving on both the Technical Commission and Board of Directors, Marty applied his knowledge of how these bodies worked together, and used that knowledge for effective meetings and policy making.

When asked to reflect on his service, Marty comments that he’s impressed how VLAWMO has been able to focus and grow as an organization since 2008.

VLAWMO thanks Marty for his time and dedication, and wishes him well on his next chapter!

A look at the trailcam happenings near the Lambert Lake Pond and Meander.

Upstream: Collecting and Connecting Stories About Our Water

A summary of the Upstream tea ceremony program and an opportunity to continue telling water stories.