VLAWMO is pleased to report that the Birch Lake sand-iron filter is up and running, completing over 10 years of studies and plans at the 4th and Otter Lake Road intersection in White Bear Lake.

The 4th and Otter Lake Road intersection was first identified as a nutrient "hot spot” in 2008. Stormwater samples indicated that the runoff was particularly high in phosphorus. VLAWMO and the City of White Bear Lake sought to reduce the phosphorus loading draining into the lake in order to prevent the lake from potentially flipping from a clean water state to a turbid, algae-dominated state. Birch Lake has a track record of excellent water quality, which is a rare occurrence for such a shallow lake surrounded by suburban development.

After considering several project ideas, a sand-iron filter was deemed the best option for the site's needs. The relatively compact, low-maintenance nature of a sand-iron filter allows it to fit into existing spaces such as the busy 4th and Otter intersection. VLAWMO was awarded a grant from the Board of Water & Soil Resources (BWSR) Clean Water Fund (CWF) for $93,000 in 2017, while VLAWMO and the City of White Bear Lake partnered together for construction, engineering, and other costs associated with the project.

In addition to the CWF grant, VLAWMO sought and received a Conservation Partners Legacy (CPL) grant (which is also under the Clean Water Land and Legacy Amendment) to support the longevity of the filter. VLAWMO, the City of WBL, local resident volunteers, and U of MN service learning students removed invasive buckthorn in the surrounding forest and wetland. This reduced the amount of high-standing leaf matter that could eventually fall into the filter, reducing the need for maintenance due to being clogged with organic debris. The invasive buckthorn was replaced with low-lying, shade-tolerant native vegetation such as forbes and grasses, which help stabilize soil and improve pollinator and wildlife habitat.

Municipalities and water management organizations such as VLAWMO are required to address water quality issues on a local level with guidance from the MS4 program, TMDL studies, and the City's Surface Water Management Plan. With roughly half of Minnesota's surface water listed as impaired by the MPCA, efforts to protect Birch Lake are a valuable contribution to protecting healthy water resources for Minnesota's future water needs and uses.

Visit the Birch Lake Sand-iron Filter web page for more background, photos, and maps of the project. We hope you'll stop by to see it at the 4th and Otter intersection! 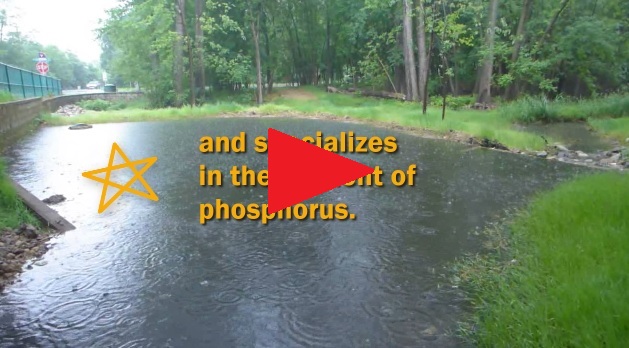 Click here to see the sand-iron filter in action! 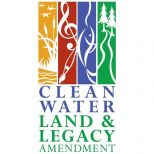