VLAWMO is working with RWMWD to reduce the impact of flooding on Rice Street and around Grass Lake.  Lowering the level of West Vadnais to allow more storage of incoming water from Grass Lake has been proposed by RWMWD. The proposed project would lower the current 15-inch outlet pipe at the south end of West Vadnais Lake. The result would be a lake elevation of 881.0' compared to the current 881.8'. This will help lessen peak water elevations during wet periods and reduce the potential for local flooding in the future. The proposed project functions as a passive approach, meaning that after the construction, it could take possibly years for the lake to recede to the new elevation.

Wetland areas on the south and north side of West Vadnais may experience some impacts from the project. A wetland delineation report and wetland health assessment has been included in the EAW.

The Environmental Assessment Worksheet was completed by the project proposer, RWMWD.  The public comment period is open until October 9th, 2019.  A public meeting will be held at the next VLAWMO Board meeting, October 23rd 2019, 7 PM, Vadnais Heights City Hall, 800 County Road E East, Vadnais Heights, MN, 55127. The VLAWMO Board will consider it's decision on the EAW at this meeting.  All comments and their responses will be posted on this website prior to the Oct. 23rd meeting or by contacting Stephanie McNamara at stephanie.o.mcnamara@vlawmo.org. 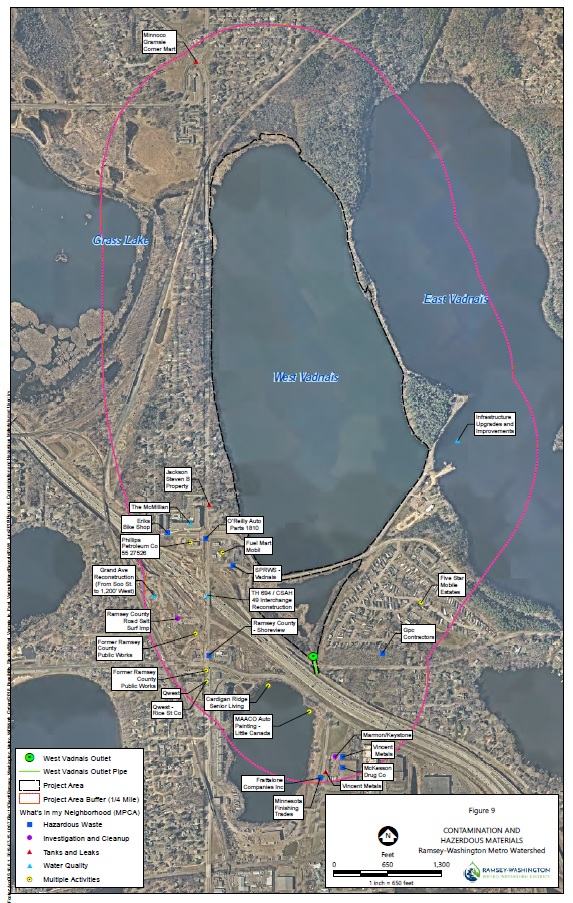