Multiple reports of dead Trumpeter swans have been received by VLAWMO in three locations in the watershed, one at the north end of East Vadnais Lake and two separate locations near Sucker Channel. These reports help to expand our understanding and ability to collaborate with partner agencies including St Paul Regional Water Services, Minnesota Department of Natural Resources, Minnesota Pollution Control Agency, and the University of Minnesota Veterinary Diagnostic Lab.

VLAWMO and volunteers have been monitoring Sucker Channel following the deaths of approximately 11 Trumpeter swans at this location in 2019. Four of those swans were tested, all of which died of lead poisoning.

Since January, 2020, 5 additional swans have been reported to VLAWMO. The first swan that was reported was on thin ice and not safe to retrieve by VLAWMO staff. On Monday, Feb. 3, a recently deceased Trumpeter swan was found at Sucker Channel. Partners were notified, and the swan was taken to the University of Minnesota Veterinary Diagnostic Lab for necropsy and lead testing. That swan was confirmed to have died of lead poisoning. On March 18 and 25, additional swans were reported to VLAWMO. These swans were brought to the UMN Veterinary Diagnostic Lab. Results were received by VLAWMO on April 14. Both swans were confirmed to have died of lead poisoning. A fifth swan was reported on April 3 at East Vadnais Lake. Staff were not able to retrieve that swan for testing.

The necropsy and tissue testing were completed February 10th, 2020. Results came back on February 14th, and determined that the cause of death was lead toxicity (lead poisoning). A metal object with a center slit was recovered from the swan's gizzard. The object wasn't conclusively tested and identified as lead, but VLAWMO staff assumes it to be a lead sinker based on size and shape. The necropsy test also tested for bacteria, pathogens, non-lead metals such as iron, and other bird-specific diseases such as avian bird flu. Additional reports are available by contacting VLAWMO directly. The format of testing for all swans tested is the same.

Why is lead harmful?

Swans and other birds pick up lead fishing sinkers when dabbling in the water because the sinkers are useful for grinding food in their gizzard. Unlike an actual stone, soft lead sinkers are ground up in the gizzard and incorporated into body tissues. A dead swan on the water will harm scavengers that feed on the carcass and also poses a risk to pets, especially dogs that are walking off-leash.

VLAWMO appreciates reports from residents and asks people to let us know if additional Trumpeter swans, either ailing or dead, are seen at these or other locations in the watershed.

Non-lead fishing sinkers and other tackle are widely available. Local companies produce sinkers out of materials including tin, tungsten, steel, glass, and others. These alternatives to traditional lead sinkers are available at local sporting good stores, bait shops, and online. If your favorite place to shop for fishing gear doesn't carry non-lead, consider asking them to make the switch.

Visit the Get the Lead Out web page for more information. 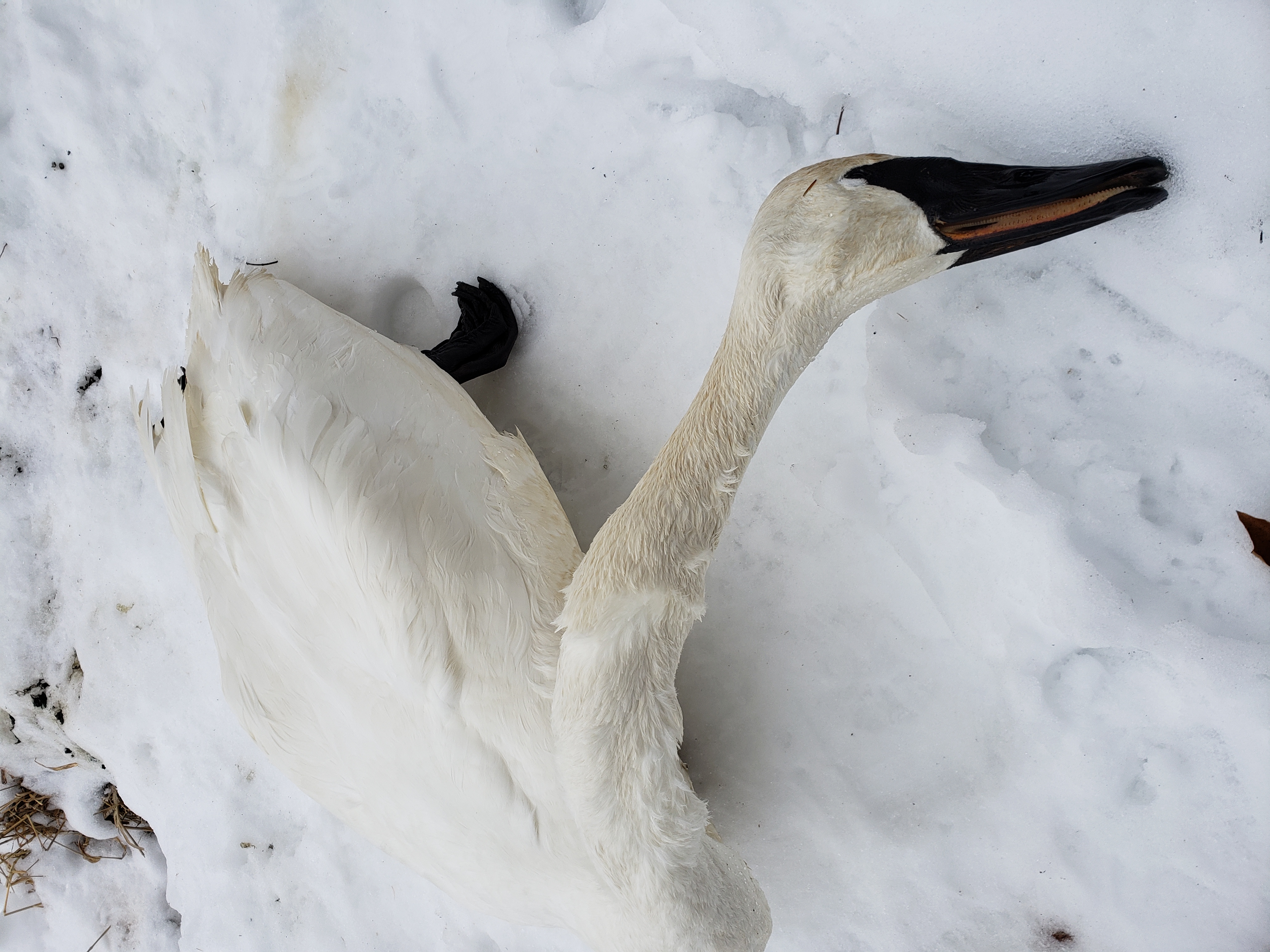 The Star Tribune published a story on February 13th, 2020. Click here for story.

The Star Tribune published a story on April 12th, 2020. Click here for story.

Representative Peter Fischer has authored and proposed legislation to phase out use of lead fishing tackle and sinkers in the House. Click here to learn more about HF 3825.

Thank you to these leaders and Girl Scout Troop #56087 for working to present these bills and move them forward.