Whitaker Pond is the headwaters of Lambert Creek, which travels 4 miles before emptying into East Vadnais Lake, the drinking reservoir for 400,000 people. After bad water quality was found to be responsible for bad smell and taste of potable water, a water quality study found that even though 10% of the water coming into East Vadnais Lake was from Lambert Creek, the Creek accounted for 50% of the Lake’s nutrient loading. This is a significant source of the water quality issues for the system. Nutrient monitoring showed that Whitaker Pond contributed a large amount of nutrients to Lambert Creek.

The original pond was constructed in 1996, but more capacity and better stormwater treatment was sought from the site. In the winter of 2009-2010, Whitaker Pond was reconstructed to add more water storage, a new pre-treatment forebay was dug to reduce incoming suspended solids from the White Bear Lake stormsewer, and an iron-enhanced sand filter exit weir was constructed to reduce outgoing nutrients.

Click here  for more on the history of Whitaker Pond.

Project funding was sourced from multiple agencies. Grants were levied from the St. Paul Regional Water Service, the UMRSWPP, and the Clean Water Fund Grant through the Ramsey Conservation District and the Minnesota Pollution Control Agency. Funding contributions were made by White Bear Lake, White Bear Township and Ramsey County, based on contributing drainage area. The rest of the funding was provided by VLAWMO.

Whitaker Pond, in its existing form, was at capacity for volume and stormwater treatment. After studies and feasibility reports were conducted, it was determined that the site could be reconstructed and expanded to provide additional stormwater storage and treatment that would benefit downstream waters, including East Vadnais Lake.

The reconstruction began in the winter of 2009-2010 and several repairs and changes were made in the years after initial construction. The forebay directly takes water from White Bear Lake’s 96” stormsewer pipe that drains 640 acres of residential land, and creates a space for suspended solids to drop out before going into the main pond and downstream. This increases water quality, while creating an easily-accessible spot for sediments to be dredged for maintenance. The area was graded, hydro-mulched, and native vegetation was planted to stabilize the area.

The Whitaker Pond restoration/expansion yielded mixed results. The iron-enhanced sand filter did not yield the nutrient reduction results that were hoped for, however, the pond’s forebay does an excellent job of reducing suspended solids in Lambert Creek. 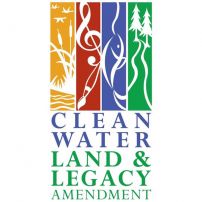