In the fall of 2015, approximately 140 linear feet of channel between Deep Lake and Pleasant Lake was restored to protect the banks from the effects of erosion.

This project was a cooperative funding effort between VLAWMO and the North Oaks Homeowners Association (NOHOA), along with a grant to cover the costs for utilizing a Conservation Corps of Minnesota and Iowa (CCM) crew to do the installation work.

Over the years, the motion of water moving along the channel between Deep Lake and Pleasant Lake had eroded the banks and been an area of concern for VLAWMO, the City of North Oaks, and NOHOA. VLAWMO hired Ramsey Conservation District (RCD) to investigate the site and develop a plan for the more critical areas of the channel.

Over the years, the motion of water moving along the channel between Deep Lake and Pleasant Lake has eroded the banks and been an area of concern for VLAWMO, the City of North Oaks and the North Oaks Homeowners Association (NOHOA).  VLAWMO hired the Ramsey Conservation District to investigate the site and develop a plan for restoring the more critical areas of the channel. The plan called for the installation of rip rap (rock) along 75 linear feet of the eastern side of the channel and 42 linear feet on the western side. Erosion control blanket was also installed and 170 perennials, 27 shrubs, and 5 trees planted on site. Additionally, three rock vanes were installed in the channel. Rock vanes are short walls of stacked rock which are set at an angle and help keep water moving in the center of the channel rather than scouring the banks. Rock vanes also create small habitats for important critters called macroinvertebrates, which are a sign of healthy water systems.

NOHOA's landscaping crew gave much needed assistance by clearing the area of invasive shrubs and trees which will also allow more sunlight to reach the ground and help the newly installed plants grow. VLAWMO was awarded a grant with the Conservation Corps of Minnesota to have one of their crews work for us for 5 days to do much of the work. In early November, a group of NOHOA volunteers made it possible to harvest approximately 200 willow and dogwood shrub stakes on land owned by the North Oaks Company which were planted right along the water's edge of the channel. The stakes will set roots and provide an additional level of protection for the banks. This project would not be possible without the cooperation of all the partners. Many thanks to the City of North Oaks, NOHOA, North Oaks Company, and the citizens of North Oaks for your help in making this project a reality!

The project was completed on schedule and within budget. NOHOA volunteers have been integral in the maintenance of the site as the plants grow and spread. 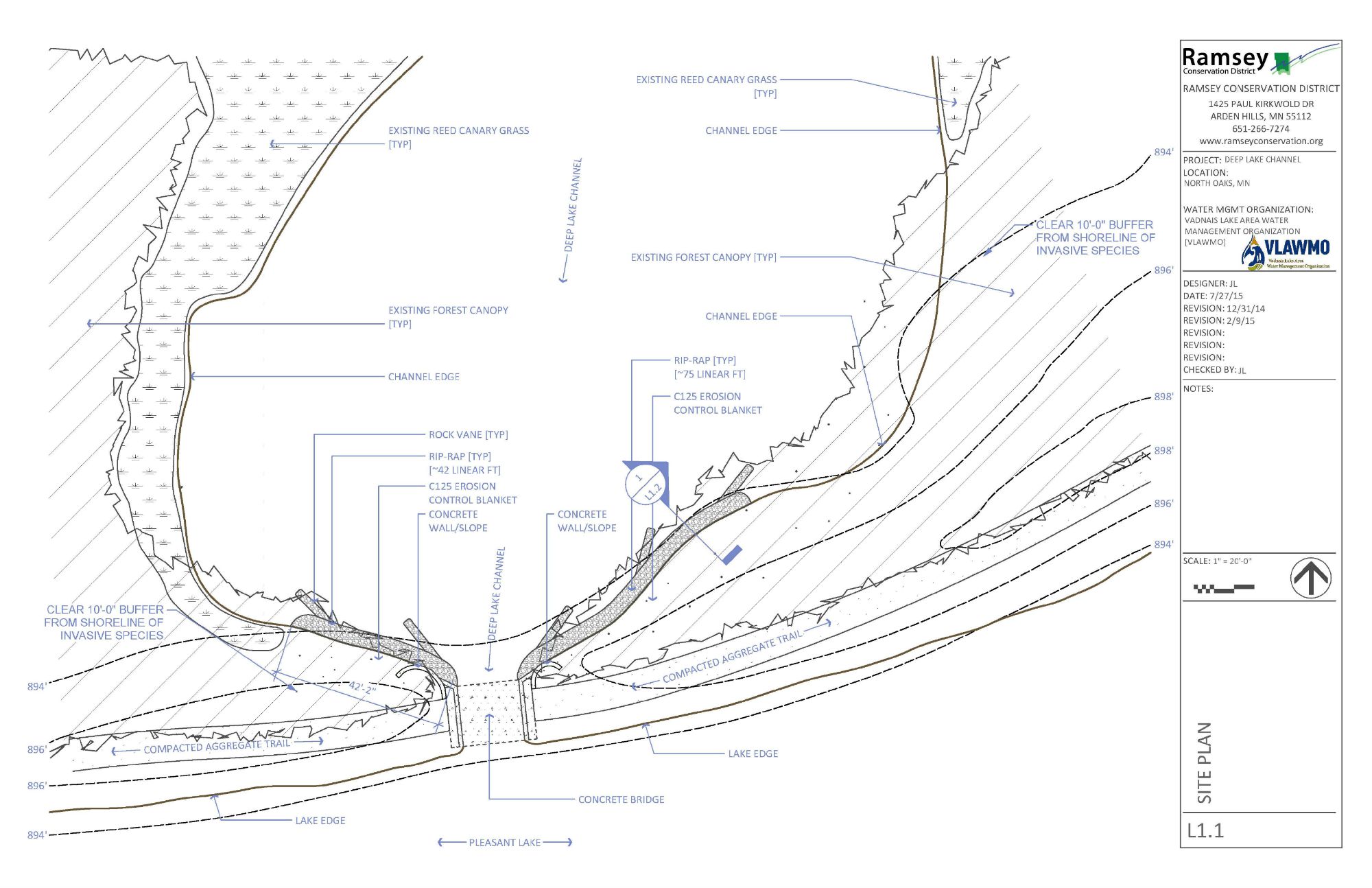 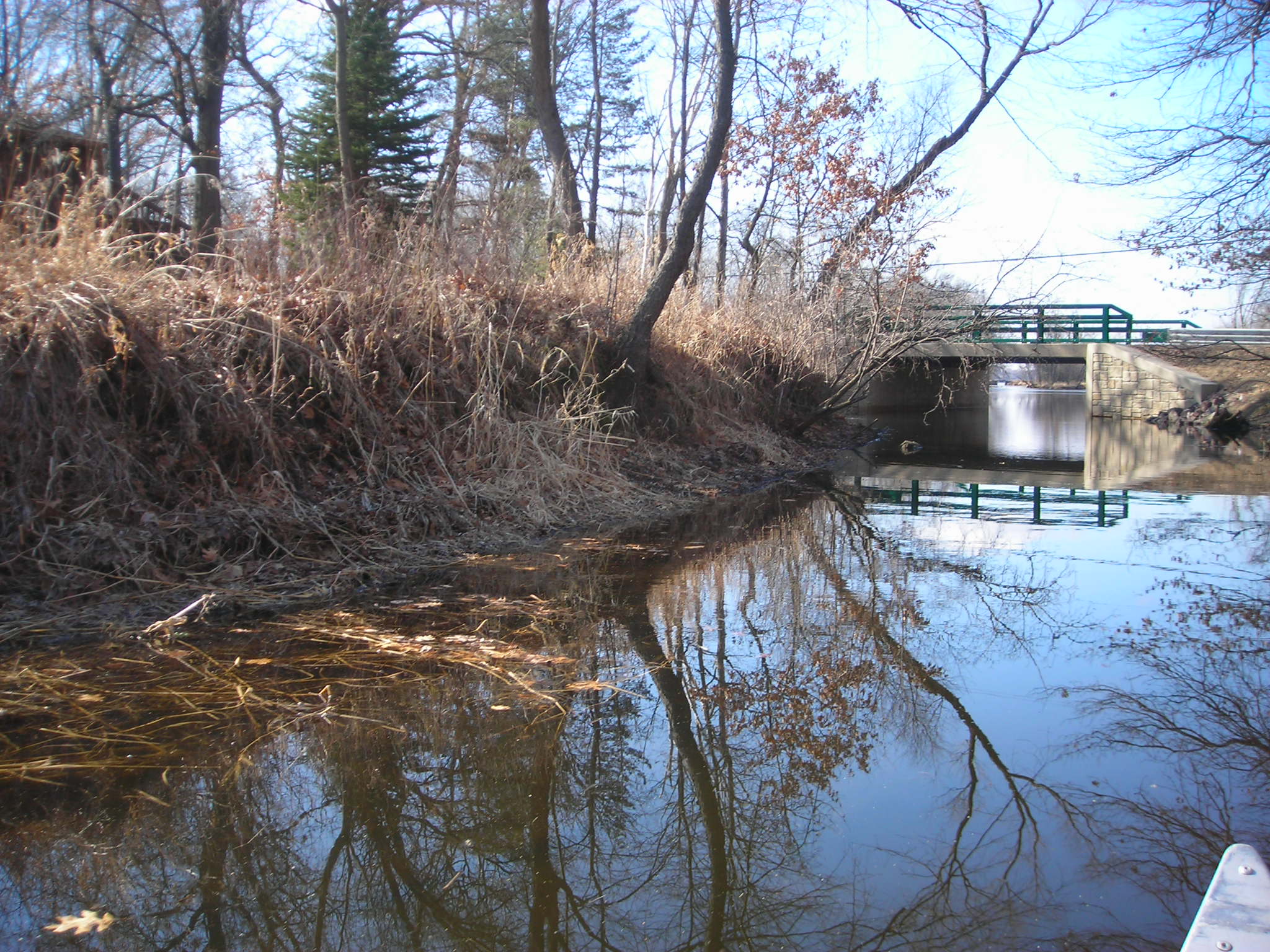 Before shot of the channel area