Creek restoration where the creek bends at Kohler Road. Project was has been completed in two segments: July-September of 2010, and November, 2016-May, 2017.

2010: VLAWMO (utilizing part of its Minnesota Clean Water Fund grant) in partnership with the City of Vadnais Heights, who donated engineering feedback and oversight.

Vegetation such as invasive buckthorn, honeysuckle, and box elder was cleared to allow sunlight to reach the ground and the creek. This same vegetation was used to create brush bundles that were tucked into the creek bank – rebuilding areas that have eroded away. The exposure to sunlight allowed for the growth of native prairie plants, which have strong, stabilizing roots for the banks. An erosion blanket was installed to stabilize the bank as the plants became established.

Lastly, upwards of about 2,000 willow stakes were planted in the Spring of 2011 to provide additional bank cover.

VLAWMO contracted with Outdoor Labs for project planning and labor.

A drop structure was installed (like a hidden waterfall) to absorb the velocity. As water rushes from the street, it falls into an enclosed hole that absorbs the impact. Water leaving the drop structure exits from the ground at the water level, rather than from above at the bank surface. This greatly reduces erosion of the bank.

The installation of soil lifts create a “step” structure in the stream bank. The lifts are flexible logs filled with natural material suck as coconut husks. Laid along the stream, they’ll be encompassed into the soil when the new plants grow.

Erosion blankets serve to hold soil in place in the transition, and support new plant growth by protecting and structuring

New plants for the completed project will consist of willow and dogwood stakes, and native plant seed and plugs. 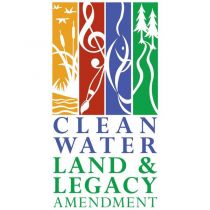