Funding was awarded by the MN Board of Soil and Water Resources via the Clean Water Legacy Amendment in 2012 to complete the project. VLAWMO hired Earth Wizards to refine the original plans and allow for optimal stormwater treatment.

The swale at Central Middle School in White Bear Lake was identified as an area where a project to reduce the stormwater runoff (and pollution it carries with it) into Lambert Creek would be ideal. Stormwater from the roof of the school, ballfields, and the parking lot enters the swale which then goes into a storm drain that outlets into Lambert Creek. The previous swale had a compacted layer of soil that was preventing stormwater from infiltrating into the ground and therefore, nearly all the stormwater runoff, carrying pollutants such as phosphorus, was going directly to a storm drain pipe on the south end of the swale which then outlets into Lambert Creek. The creek is on the Impaired Waters List by the State of MN for high levels of nutrients (phosphorus) and it is a priority of VLAWMO to address its impaired waters.

What is a swale?

A swale is a narrow piece of land where stormwater or snowmelt is directed. It is lower than the surrounding land around it (parking lot) and allows stormwater to accumulate and infiltrate into the ground and/or move it along to a storm drain, wetland, or other water resource.

What is an underground storage chamber?

A structure placed underground to create open space for water to run into and hold it until the soils can naturally infiltrate it. These are used in areas where the amount of stormwater creates flooding issues. The chamber collects the water that would normally be laying on the surface, breaking down the asphalt of the parking lot and creating unsafe ice hazards.

What is a curb-cut?

An opening along the curb of a street, parking lot or other structure to allow water to flow into the area.

What is a concrete forebay?

A structure next to a curb-cut to collect the stormwater and allow for sediment and other solid materials to settle rather than flow into the swale. Those settled materials can then be removed and disposed of properly.

The water in Lambert Creek has high levels of phosphorus which means that more algae is produced, turning our water green. High levels of algae can harm pets, make humans ill if they ingest it, and makes our water stink. The school also had previous flooding problems on the northern end of the parking lot and swale.

• Excavation of compacted sediment throughout the swale. The excavation on the northern half of the swale went 5 feet deep in order to place the underground storage chamber.

• Removal of underlying subsoils to encourage quick infiltration of runoff

• Regrading the swale and adding compost amendments for plant nutrient.

The project was completed in 2012. The underground storage chamber captures the amount of water generated in the drainage area in a 2” rain event. This project has reduced the amount of polluted runoff entering city stormdrains connected Lambert Creek and will aid in the regeneration of groundwater aquifers. 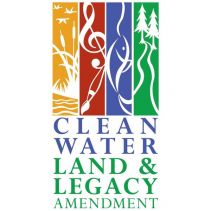