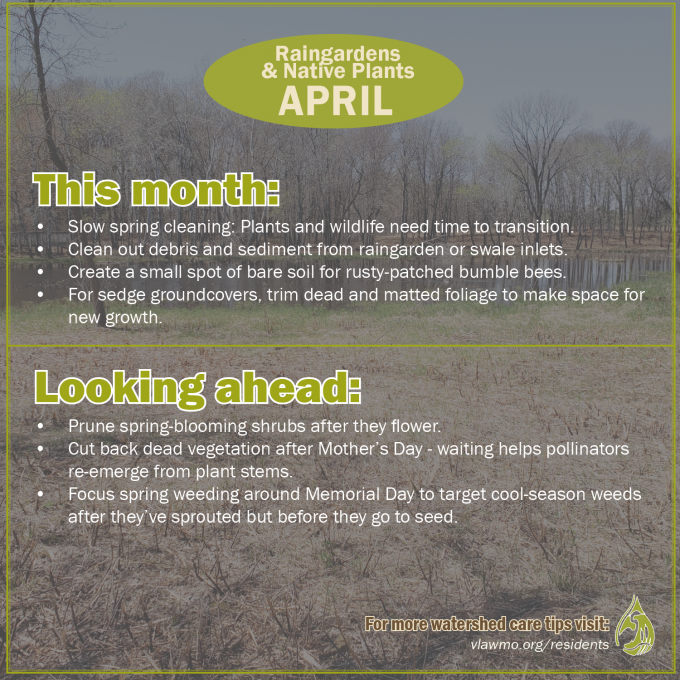 Pet Waste Tidbit of the Month

A 2001 study conducted on Four Mile Run, a heavily polluted stream in northern Virginia, used DNA analysis to determine that 42 percent of the controllable bacteria load in the water came from dog poop. That same polluted stream is just 9.4 miles long, but its watershed contains an estimated 11,400 dogs, which produce 5,000 pounds of poop every day. That’s an awful lot of fertilizer and even more bacteria.

The VLAWMO office will be closed in observation of the Memorial Day holiday.

Monthly yard and garden tips for caring for the watershed.