Identified as both Lambert Creek and Ditch 14, drainage authority of the stream was transferred from Ramsey County to the VLAWMO in 1986. Making up just over 34%  of the area in the Watershed, the Lambert Creek subwatershed is the largest in VLAWMO out of its 6 subwatersheds. The headwaters of Lambert Creek are Whitaker Pond in White Bear Township and West Goose Lake in the City of White Bear Lake. The Creek travels 4.2 miles from its headwaters before emptying into East Vadnais Lake in Vadnais Heights, which is owned by the St. Paul Regional Water Services and is the drinking water supply basin for 425,000 people. The Creek is sampled regularly during the monitoring season (May through September) in 5 locations along the creek. Lambert Creek is on the MPCA's List of Impaired Waters for recreation for E. coli.

Lambert Creek functions today as a drainage ditch, while historically it was a network of shallow lakes, streams, and wetlands. From the turn of the century to the 1960's and 70's, this network was converted into a channel and some shallow waterbodies were drained due to agriculture and early development practices. Today, of Lambert Creek's culverts and conveyance structures are too small to allow passage by small recreational watercraft.

Several capital improvement projects (CIPs) have been implemented along the Creek in an effort to improve water quality. In the early  1990s, weirs were installed at the outlets of Rice Lake and Grass Lake to increase basin volume capacity that also allows for nutrient treatment and reduction. In 2010 the Whitaker Pond Project was undertaken to improve the pretreatment of runoff before continuing further down Lambert Creek. Streambank restorations have also taken place at the Oakmede flume and further down the Creek in Vadnais Heights, north and south of Koehler Road. Streambank restorations restore banks stabilizing and armoring their banks, reducing erosion and sedimentation into the creek. Visit our projects page for more information on individual projects. 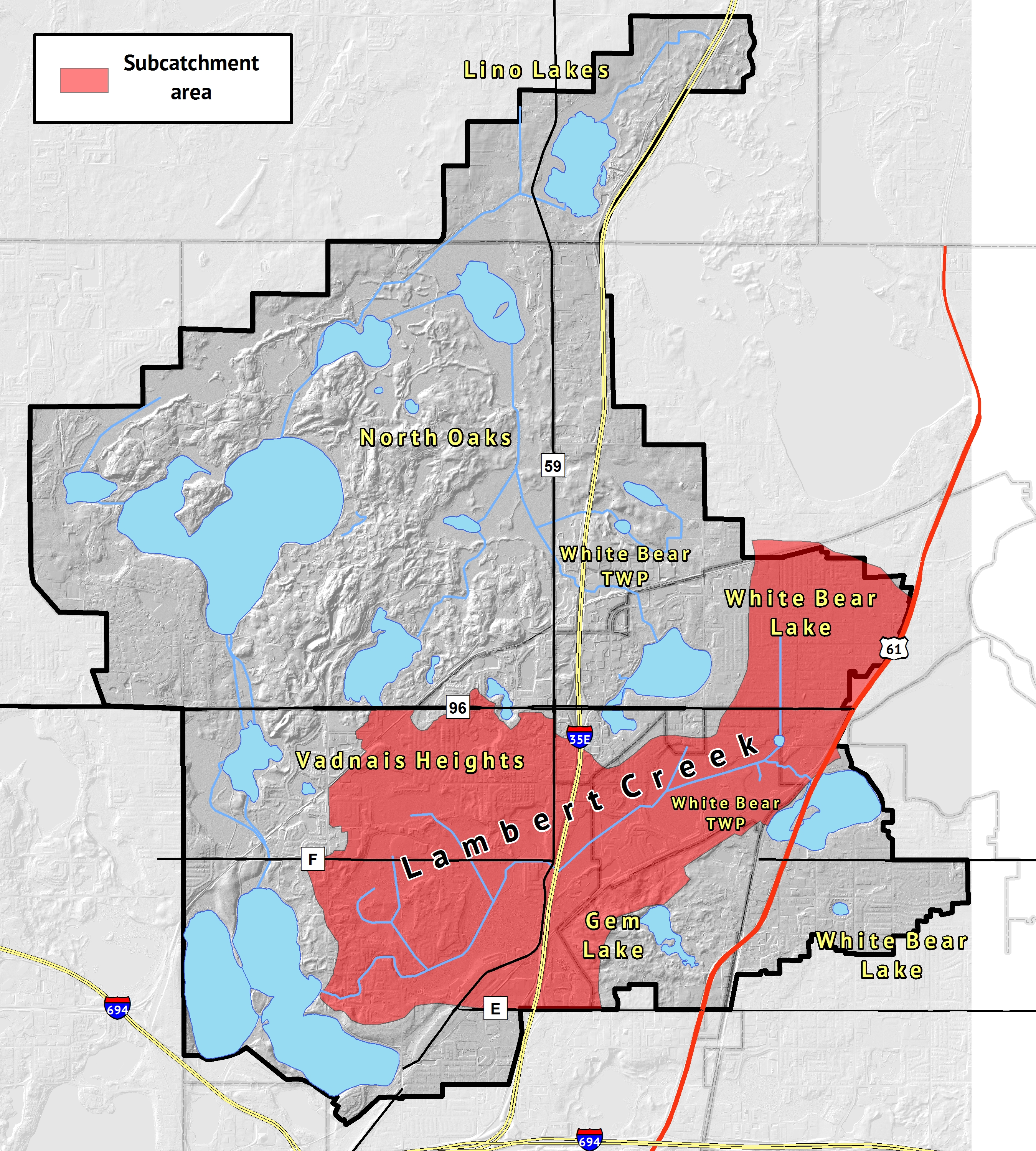 A parking lot raingarden at Bridgewood Park in Vadnais Heights.

This commercial development took place on a property with a historically degraded wetland,…

A large curb-cut raingarden at the Heritage Estates Neighborhood in Vadnais Heights.
« Previous 123456 Next »